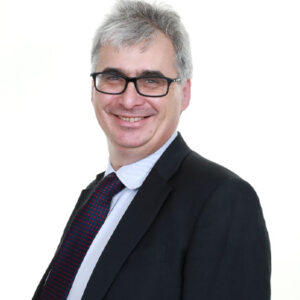 A recent survey of people who have retired or plan to retire in 2021 provides interesting insights, whatever your intended retirement year.

The average age of people planning to retire in 2021 is 60, according to a recently published survey by investment manager, Standard Life Aberdeen. That is six years before current state pension age, which will rise from 66 to 67 between 2026 and 2028. Those 2021 retirees will, on average, live for another 25 years if they are men, and 28 if they are women, according to the Office for National Statistics (ONS). A quarter will survive to age 92 and 94, respectively, implying over a third of their life is spent in retirement.

The Class of 2021 report found that 37% of respondents had brought forward their retirement date because of the Covid-19 pandemic – a reminder of the importance of building flexibility into your retirement planning. Perhaps the acceleration of plans also explains why only about two in five felt very confident they were financially ready to finish working this year. The lack of financial confidence also showed up in other responses:

Those costs may have been underestimated, as the average planned retiree’s household spending was £21,000 a year, almost a third less than the average 2020 household income, according to the ONS.

The most concerning statistic was not one directly supplied by the retirees, but the result of an assessment by the survey’s sponsor, the Pensions and Lifetime Savings Association.  They calculated that even using the £21,000 annual spending target and allowing for the eventual arrival of the state pension, two thirds of the 2021 retirees were at risk of running out of money. The association’s estimate was that a savings pot of £390,000 was needed to cover 30 years of retirement expenditure.

All food for thought, whatever your planned year of retirement…

The team at Gilberts are here to help. If you would like to find out more regarding any of the above then please reach out to your dedicated partner or manager, make an enquiry or request a callback.

Copyright © Gilberts Chartered Accountants & Business Advisers – 2022. All rights reserved.
We use cookies to ensure that we give you the best experience on our website. If you continue to use this site we will assume that you are happy with it.Ok